Home / News / Approach to the choice of a chiller for plastic production.

Approach to the choice of a chiller for plastic production. 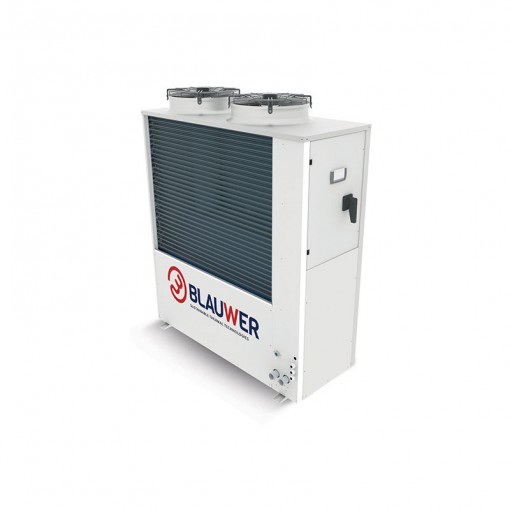 Given the current growth rate in the production of plastic products in Russia, it is impossible to succeed in the competition using outdated methods and equipment. For example, running water and cooling towers used to cool injection molding machines and extrusion lines for several decades are becoming a thing of the past, and most enterprises have long used industrial chillers for this purpose. This has great benefits. The production cycle ceases to depend on the season, because unlike running water, water cooled by a chiller always has a constant temperature set by the user. In a closed circuit: refrigeration unit - equipment, highly purified water can be used with the addition of additives that slow down the corrosion process of cooling channels. In general, cooling with running water or the complete absence of cooling significantly reduces the service life of the equipment, greatly reduces its productivity, and adds extra work to personnel involved in the maintenance of the equipment.

So, sooner or later, either as a result of avoiding cooling with running water, or when replacing a used-up cooler, the production manager raises the question of the need to select and purchase an industrial cooler.

In this article we will talk about the existing models of coolers, their application and advantages, how to determine the necessary parameters of the chiller, etc. Currently, about 30 manufacturers of refrigeration equipment are represented on the Russian market. They can conditionally be divided into three groups - Western European, domestic and Asian. To visually describe what quality products of certain groups have, one can draw an analogy with car manufacturers. European-made chillers are of the highest quality, and Italy is the leading producer country. European-made refrigeration units are of high quality and reliability, easy to operate, have high accuracy. Prices for European-made chillers are higher than for similar models from other manufacturers. Domestic manufacturers are engaged only in the assembly of refrigerators from imported, mainly European, components. But, unfortunately, the quality of such an assembly is much lower. This is due to the lack of the ability of most assembly companies to conduct the correct assembly process, and the almost complete rejection of subsequent testing, since it requires expensive equipment that takes up large production areas. Approximately at the same price level with domestic models, there are models of Asian manufacturers. But their quality is poor. Depressurization of the circuit and refrigerant leakage, rupture of welds on the tubes during transportation due to poor welding and low rigidity of the casing, compressor breakdown - this is what you need to be prepared for by purchasing such refrigerators.

How to choose a manufacturer and supplier.

When purchasing a refrigeration unit, pay attention to the following:

Existing types of industrial coolers and their main parameters.

Refrigeration units are generally divided into two groups according to the heat removal method. The most widespread in the domestic market are air-cooled chillers, i.e. the heat sink is carried out through forced air flow created by the fans. There are also water-cooled condenser models, but they are less commonly used.

There are a large number of different models of coolers that do not have fundamental differences, but differ in the amount of refrigerating capacity, the presence and parameters of the built-in pump, control system, and additional equipment.

A modern refrigerator should be equipped with a reliable control system that makes it easy to control and change the parameters of the machine, as well as protect it from damage in the event of an emergency.

Such a system must necessarily include the following components:

At present, chillers with the ability to remotely program control the work, i.e. with the ability to connect one or more refrigerators to a computer, for example using an ordinary local area network. From such a computer, you can remotely control refrigerators from a Windows environment using special software applications.
An important parameter is the brand of refrigerant used in the chiller. Currently, the most widely used in Russia has received the R22 refrigerant. It has a low price, provides good cooling performance. But in the event of a leak, it causes severe damage to the environment and therefore it is gradually being replaced by safer R407 refrigerant. Its cooling capacity parameters are similar to those of R22, it is less harmful to the environment, but it costs more. The use of R22 refrigerant is already prohibited by environmental standards in some European countries (Restrictions imposed by the EEC). High-quality models of European-made refrigerators are also equipped with special refrigerant-water heat exchange systems, which minimize friction losses. Separate start of fans and compressors is also provided in case of incomplete loading of the refrigeration unit. All this leads to significant energy savings and reduced wear of the installation.
Many manufacturing companies produce various additional equipment for their refrigeration units. It is rarely installed on chillers used in domestic production, since most Russian supply companies are not familiar with the list of additional equipment. Accordingly, the client remains poorly informed and cannot assess the degree of need for such additions in its production. Full information is usually provided only by authorized dealers.

Among the additional equipment are usually found:

Expansion tank, a system of automatic topping up of water in the cooling circuit (necessary if the circuit is completely tight or there are large water losses).
Special equipment for directing warm air passing through the condenser into the duct for its removal from the room. Such a system may be needed if the refrigerator is installed in a small room.
Equipment for installing the chiller on the street.
A refinement that makes it possible to use a refrigerator to cool antifreeze to temperatures below zero degrees Celsius.

In TPA, cooling requires an oil tank and a loading zone. The oil is cooled to maintain its normal operating temperature, at which its hydrodynamic properties are optimal for the operation of the machine. In the loading zone, cooling channels cut off the plasticizing unit from the hopper with the material, to prevent heating of the raw materials in the hopper from the heated plasticizing cylinder. Typically, the thermoplastic documentation indicates the capacity of the chiller needed to cool it. If there is no such data, then it is easy to calculate it yourself. To calculate the required refrigeration capacity, you need to know the following parameters of the injection molding machine: closing force of the machine, oil tank volume.

Mold cooling is necessary to remove heat from the hardening material and, in the case of a hot runner mold, to remove excess heat from the hot channel heaters. It is not possible to calculate exactly the required cooling power for the mold. It greatly depends on the production cycle, water consumption and its temperature can be changed by the master when setting up equipment to achieve the proper quality of the product. Therefore, mold manufacturers usually indicate the maximum cooling capacity that may be required under the most severe mold operating conditions.
A rough calculation can be done as follows. After weighing the product, find the mass of material processed in an hour. Further, by determining the temperature difference of the material at the entrance to the mold and the product after it is opened, and also finding out the heat capacity of the material, you can find the amount of heat released when the product cools in the mold, and, consequently, the cooling power. In the case of a hot runner mold, the total power of the hot channel heaters, reduced by 1.5 - 2 times depending on the geometric characteristics of the mold, must be added to the obtained result. The division is made to account for heat dissipation in the mold body.

In extrusion lines, water is used to cool the caliber and the product after exiting the calibrating hole. The required refrigerating capacity is calculated in a manner similar to that given for TPA. The maximum possible amount of material processed per hour is calculated, the temperature difference between the final product and the material at the outlet of the die is determined, and the amount of heat that needs to be removed, and, therefore, the required cooling capacity, is found.
Technically, the product is cooled in extrusion lines in two ways. At the first, the product, having passed through the caliber, is poured into a bath of chilled water, which is supplied from the cooler and gravity drains into some intermediate receiver, from where it is taken by the refrigerator. In another, the product after the caliber enters the cylinder, on the walls of which are nozzles that spray water on the surface of the product. Water, as in the first case, is gravity drained into an intermediate tank, from where it enters the refrigerator.
When using a chiller to cool extrusion lines, special attention should be paid to thoroughly filtering the water, which is necessary because the water is not only in direct contact with the atmosphere and saturated with oxygen, which leads to the formation of rust, but can also trap various foreign particles in direct contact with the product. Inadequate water treatment can lead to premature failure of the refrigeration unit.

The use of refrigeration equipment in other industries.

Industrial coolers are used in a wide variety of industries from metal processing to the food industry. Models with high-precision temperature control are used when working with equipment for laser processing of materials in the chemical and pharmaceutical industries. In the processing of plastics, in addition to the applications already indicated, refrigerators are required for cooling pneumatic and vacuum molding machines, foaming polyurethane, etc. Refrigeration units are also used in printing, in the processing of ceramics and in many other areas