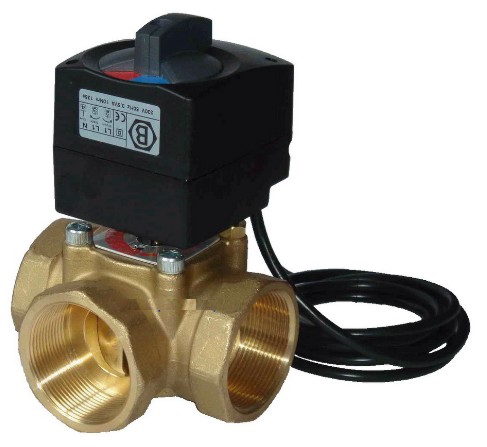 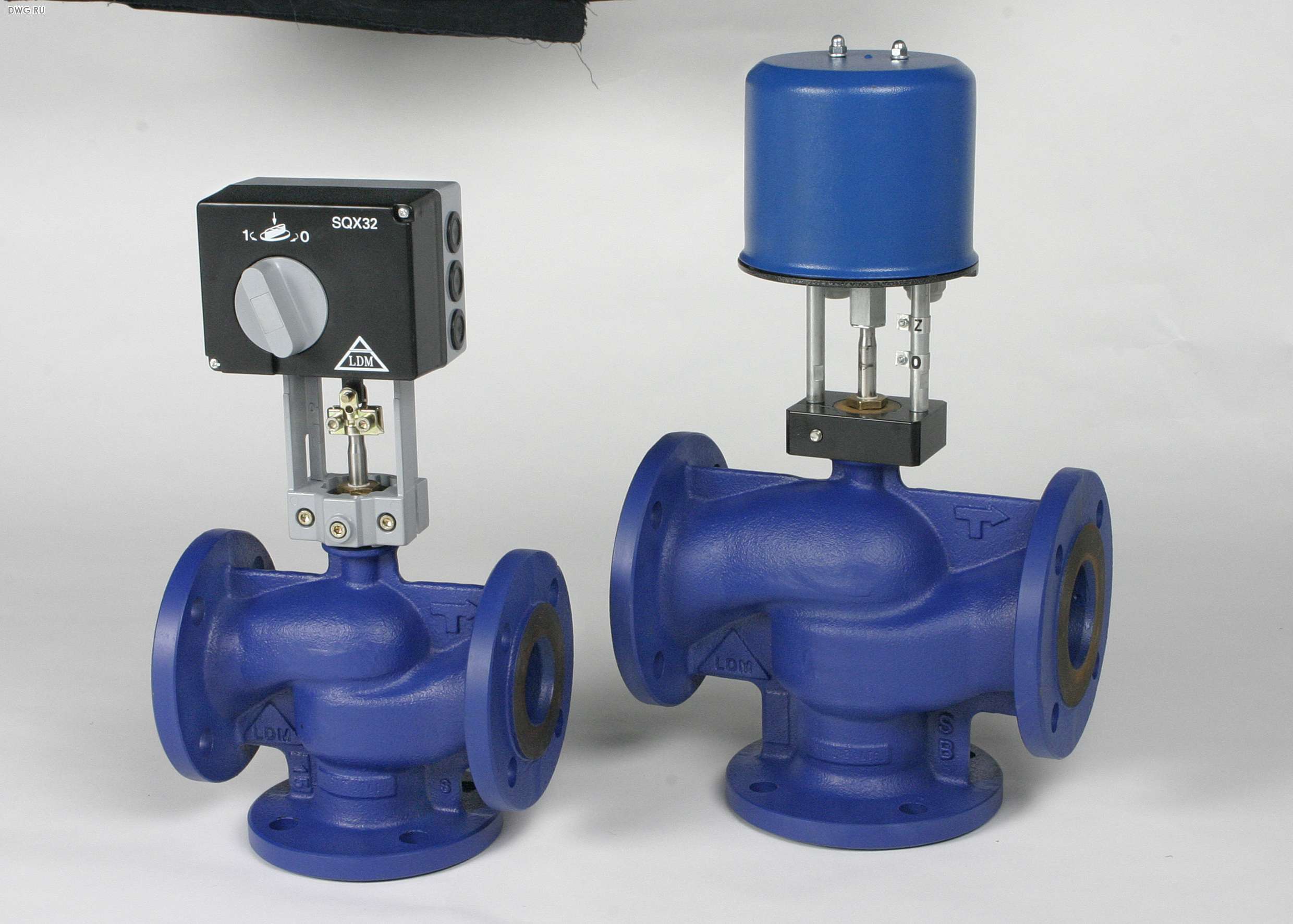 valve regulates the temperature of the fluid in an automatic mode, for which it is equipped with a drive system, which, in turn, receives signals from various sensors.

The actuator, which is mounted mixing valve, can be electric, pneumatic, hydraulic, etc. In this case, the most widely used valve has a with electric, which can carry out very precise adjustment.

Also, valves are used in cooling systems built chillers, in the summer when the air temperature is high, a dry cooling tower cools condenser of the chiller, and in the winter coolant directly flows into the equipment cooling circuit bypassing the condenser, thereby not cooling the equipment chiller is used.

In the case of large capacities of refrigeration systems, and as a consequence of large diameter pipe fittings, solenoid valves are used, they are installed in the system in pairs, one in the “closed” position, the second in the “open” position, such a system is cheaper and easier to operate.

For the selection valve, you can fill out an application below.